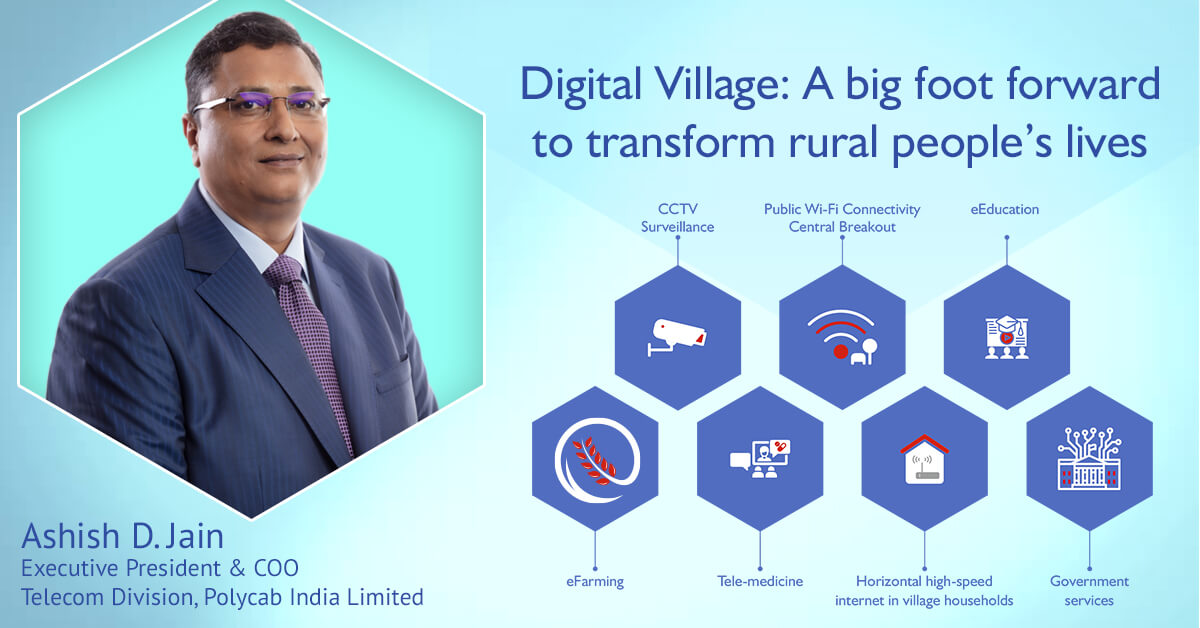 Smart connectivity has become one of the key pillars of modern life today. As elsewhere, rural people of our country have also started to feel the digital dawn in their ecosystems. As India is on its journey to achieve the ambitious target of becoming a trillion-dollar digital economy by 2025, digital empowerment of rural people will go a long way in connecting the unconnected & underserved in economy. BharatNet has been envisioned to have optical fibre network-based broadband-connectivity in all the 2,50,000 Gram Panchayats of the country, which is why a Digital Village has emerged as a strong concept of a connected village wherein various citizen-centric e-services from the central government, state governments and private initiatives are easily available. Today, as BharatNet moves on to give rural digital ecosystem a boost, Digital Villages are a reality as digitally self-sustainable units. Having all the digital avenues of development for the rural people, these Digital Villages have emerged as a one-stop service destination for internet connectivity-based education, healthcare, agriculture, banking, financial inclusion and other services, being instrumental in reducing the rural-urban digital gap. Recently, our agriculture ministry has designated 100 villages in 6 states- Uttar Pradesh, Madhya Pradesh, Gujarat, Haryana, Rajasthan and Andhra Pradesh for pilot projects on Digital Farming, capitalizing on the use of technology, data and AI, in supporting farmers in multiple activities, which would be facilitated by BharatNet-created digital accessibility.

Polycab Telecom has recently worked as a Project Implementing Agency (PIA) in Phase-II of BharatNet to execute end-to-end roll-out of OFC-network and create broadband highways in Gujarat and Bihar, facilitating the evolution of digital infrastructure and democratization of digital access for the rural people in those 2 Indian states.